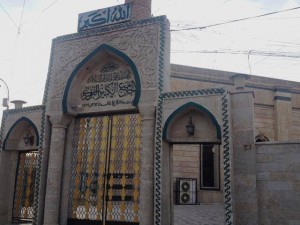 Iraqi media outlets reported on Monday, that the Islamic State converted the mosques of Mosul into military barracks and prevented prayers inside them.

Al Sumaria News stated, “The ISIS gangs prevented prayer in a number of Mosul mosques, in order to convert them into caches of weapons and military barracks for its members to protect them against the air strikes of the international coalition and Iraqi Air Force.”

“The ISIS gangs are using mosques as headquarters for their criminal operations in order to use the attacks of security forces on the mosques as a media event,” Al Sumaria added.

The Islamic State in Mosul is started to collapse after large numbers of its members escaped due to the start of the battle to liberate the city.