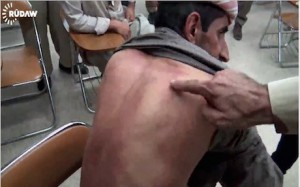 There seems to be a particular aversion to the usage of chemical weapons in war. Many attribute this to the use of deadly poison gas against soldiers in the trenches of the First World War and in mass-killings of Jews, and other so-called “undesirables”, by Nazi Germany during the Second World War.

When a horrific gas attack struck an area outside the Syrian capital city of Damascus in August 2013 the United States threatened to go to war with the regime of President Bashar al-Assad. While that attack was undoubtedly a horrible crime it was only one incident in a much larger and more destructive war which, at that time, had already claimed the lives of approximately 100,000 Syrians.

That Damascus gas attack was the worst in the Middle East region since the infamous gas attack on the Kurdish town of Halabja in 1988, which left 5,000 dead. That attack was cited as part of the indictment against the regime of Saddam Hussein in the run-up to the 2003 American invasion. But at the time it happened it was downplayed in the west and even blamed by some, in rather cynical and baseless grounds, on Iran.

Gassing the Kurds demonstrated just how far Baghdad was willing to go in order to subdue and subjugate them. Indeed since that time that dire day has been commemorated since it collectively symbolizes the indiscriminate and cruel nature of the atrocities leveled against the Kurds of Iraq in the 1980s, just as Auschwitz became the symbol of the systematic genocide of Jews at the hands of the Nazis.

Last month Halabja-based civil society organizations and survivors of the 1988 attack called upon the central Iraqi government to join the International Criminal Court (ICC) to try and ensure such horrible crimes against humanity aren’t repeated.

Given this history, the use of chemical weapons by Islamic State (ISIS) terrorists against the Peshmerga and the YPG in Syria in recent weeks is deeply distressing. While such poisonous unconventional weapons have accounted for a very small number of the overall casualties afflicted by ISIS on Kurds in Iraq and Syria, their use is nevertheless an indication of just how ruthless this enemy of the Kurdish people really is. And how it would, if it had the ability, murder innocent Kurds en masse just like Saddam Hussein did before them.

As attention and debate over the Syrian migrant crises grips Europe it’s worth bearing in mind that the now infamous image of the dead Syrian-Kurdish boy, Alan Kurdi, on the Turkish beach was a direct result of ISIS atrocities. He was from Kobani, the iconic Kurdish city which was subjected to a brutal and relentless siege by ISIS last year and a terrifying massacre last June.

Kurdistan Region President Massoud Barzani rightfully pointed out that Alan Kurdi epitomized the struggle of many ordinary Kurds who have had no choice but to leave their beloved homeland.

When proclaiming “never again” in relation to the great crime against the Kurds and other genocides around the world the international community, if there really is such a thing, should help the Kurds in their present struggle and show no compunction when it comes to neutralizing such a ruthless foe as ISIS.