You are here: Home / MidEastGulf / ISIS commander in charge of training camps and car bomb factories killed by Resistance Group in Mosul 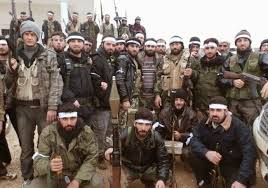 Resident has revealed that an Islamic State (IS) terrorist commander in charge of training camps was killed during a tactical attack in Mosul today.

Member of Mosul Youth Residence Movement Mohammed al-Ba’aj confirmed the news and said that his group targeted Abu Doua Souri in eastern Mosul. He was responsible for IS training camps and car bomb factories. “We killed him during a tactical attack on 11th May,” al-Ba’aj said.

He continued, “We have successfully carried out attacks during the last month and killed a number of prominent IS members.”

The Mosul Youth Residence Movement has used disputes among IS insurgents about Abu Bakir al-Baghdadi’s successor and other internal issues to conducted operations against the jihadists in their northern Iraqi stronghold of Mosul.