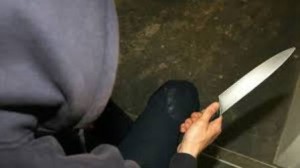 The Islamic State terror network on Saturday claimed responsibility for a deadly stabbing attack earlier this month in Germany that left one teen dead and another undergoing psychiatric treatment.

“A solider of the Islamic State stabbed 2 individuals in Hamburg city on the 16th of this month. He carried out the operation in response to calls to target the citizens of coalition countries,” a “source” told the ISIS-related media outlet Amaq.

German police couldn’t independently verify the claim, which differs from actual events in that only one person was stabbed.

“We are aware of the statement and have to check the content thoroughly in regard to its reliability,” said a spokesman for the prosecutor’s office who spoke on condition of anonymity.

Two teenagers, a 16-year-old boy and a 15-year-old girl, were sitting on the waterside of a Hamburg lake on Oct. 16 when a man approached them from behind, stabbed the boy several times with a knife and then pushed the girl into the water. The attacker fled afterward. The boy was taken to a hospital where he subsequently died. The girl who was pushed into the water wasn’t injured, but was taken to a hospital for psychiatric treatment after the attack.

Hamburg police are still looking for the attacker, whom they have described as a male from 25 to 30 years old. In the last two weeks a homicide division had investigated the murder, but they had not taken terrorism into consideration. The attack at Aussenalster lake, which is a popular leisure time destination, had shocked the citizens of Hamburg for its cold-bloodedness. The spot where the attack took place has been decorated by friends of the teenage couple with flowers, red memorial candles and balloons.

Hamburg police spokesman Timo Zill said it was too early to speculate about the possible attacker and his motive, but added that the city’s security officials were to meet Sunday to discuss the possible new dimension of the case.

In July, two attacks carried out in Germany by asylum seekers were claimed by ISIS. Five people were wounded in an ax rampage on a train near Wuerzburg and 15 in a bombing outside a bar in Ansbach. Both of the attackers were killed.

Earlier this month, a 16-year-old German-Moroccan girl went on trial for allegedly stabbing and wounding a police officer in Hannover at the behest of ISIS.

A Syrian migrant who was suspected of planning to carry out a bomb attack killed himself in prison two days after being arrested this month in Leipzig.

Germany’s top security officials have long warned that the country is in the crosshairs of terror attacks by Muslim extremists.