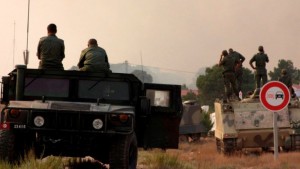 The Islamic State group on Sunday claimed responsibility for the killing of a Tunisian soldier at his home in a central region that is a major hideout for jihadist groups.

“A Tunisian soldier was assassinated in his home yesterday at the hands of Islamic State fighters in Mount Mghilla,” the IS-affiliated Amaq news agency said.

Public television reported late Saturday that a soldier had been killed at his home by unidentified attackers.

Contacted by AFP, the defence ministry declined to comment.

Since a revolution in 2011, Tunisian security forces have been battling a jihadist movement responsible for the deaths of dozens of soldiers and police officers as well as civilians.

A total of 59 tourists have also been killed.

The country has been under a state of emergency since a string of deadly attacks in 2015, claimed by groups affiliated with IS and Al-Qaeda in the Islamic Maghreb.

IS carried out three major attacks on Tunisian soil in 2015, killing 72 people.

In March 2015, jihadist gunmen killed 21 tourists and a policeman at the National Bardo Museum in Tunis.

The following month, 30 Britons were among 38 foreign holidaymakers killed in a gun and grenade attack on a beach resort near the Tunisian city of Sousse.

That November, a suicide bombing in the capital killed 12 members of the presidential guard.

In March, dozens of jihadists attacked security installations in the town of Ben Guerdane on the border with Libya, killing 13 members of the security forces.

Seven civilians and 55 extremists were killed, according to an official toll.