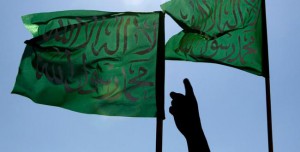 Three Middle Eastern men and an Eritrean were arrested by Sudanese authorities on Wednesday night in Port Sudan who described them as being an Islamic State (ISIS) cell, sources told Sudan Tribune.

The same sources pointed out that authorities seized explosives that were in possession of the cell adding that its members were swiftly and secretly transferred to Khartoum.

The cell was allegedly planning to smuggle ISIS recruits through the Red Sea but no other details were available.

ISIS presence in Sudan has made the headlines last March after British media outlets confirmed reports that nine medical students from Sudanese origins entered Syria via Turkey to work in hospitals under the control of ISIS.

At the time, Sudanese 2nd Vice President Hassabo Abdel-Rahman blamed internal and external parties as well as international intelligence agencies for the phenomenon of extremism in the Arab and African communities.