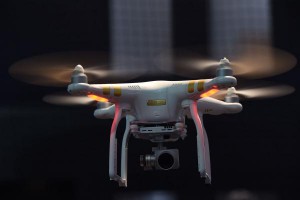 Though they have long used them for surveillance, ISIS is now arming small drones with explosives for use in attacks against American and Kurdish troops in Iraq, American officials say.

The Islamic State is now attempting to use small, commercially-available drones armed with explosives to launch attacks at American and Kurdish troops in Iraq, according to the Pentagon, posing a new challenge for the agency.

A drone launched by the Islamic State, also known as ISIS, ISIL and Daesh, was shot down in northern Iraq by Kurdish forces last week. The drone, which appeared to be one used for surveillance, was taken back to their outpost for examination and exploded while being taken apart.

There have been three attempted drone attacks by ISIS in Iraq in recent weeks, officials say. The other two — one used to attack a checkpoint and destroyed buildings, and the other shot down by Iraqi troops had a small explosive attached to it — did not result in any deaths.

The most recent of the three drones, however, resulted in the deaths of two Kurdish soldiers and injured two French soldiers when an explosive device inside the drone, disguised as a battery, exploded.

Pentagon officials say the drones are nothing like those used by the United States, which are about the size of small passenger planes. ISIS is using smaller drones, similar to those available for purchase on Amazon, and modifying them to carry explosives.

“We should have been ready for this, and we weren’t,” said P. W. Singer, a specialist on robotic weaponry at the Washington-based think tank New America.