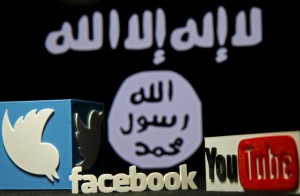 As people across the US mourned one of the most horrific terror attacks in the history of the nation on the 15th anniversary of the September 11 attacks, Islamic State (Isis) and al-Qaeda supporters allegedly took to Twitter, Telegram and other forums to celebrate the attacks.

Supporters of IS which branched off from al-Qaeda in 2014 and is now considered to be the leading global extremist group, also celebrated the attacks by reportedly threatening further violence and broadcasting anti-western propaganda, Vocativ reported.

Several pro-Isis channels on Telegram were allegedly circulating an image of the burning WTC (World Trade Center) with a message that read: “The anniversary of 9/11 that gladdened the hearts of the believers irked the infidels. May Allah accept its planners and executors, with the apple of our eyes, Sheikh al-Mujahideen Osama bin Laden on top of them.”

On 8 September, bin Laden’s heir Ayman al-Zawahiri released a video, threatening thousands more 9/11 style deadly attacks. “As long as your crimes continue, then the events of Sept 11 will be repeated a thousand times, Allah permitting,” al-Zawahiri warned, according to terror-watch group SITE. Experts suggested that the video may have been timed to coincide with the anniversary of the attacks, in efforts to assert the relevance of his terror group and pull in attention from Isis which has in recent years eclipsed al-Qaeda’s prominence globally.

Jihadi supporters also reportedly asked fellow members and supporters to pray for bin Laden, who they proclaimed to be a “martyr” to the cause. Some took to Twitter to post celebratory and supportive messages. One read: “We made the Cross drink from the cup of poison, thank God for the terror.” Many others connected the day to the Day of Arafah, which is considered to be one of the holiest days in Islam and falls on the second day of the Islamic pilgrimage, currently ongoing in Mecca.

A pro-Isis Telegram user wrote: “The Day of Arafah happens with the anniversary of the Manhattan attacks, may Allah accept its soldiers. One auspicious event turned into two, Oh God complete make an attack against the infidel countries that will heal our hearts.”

Reports speculate that the escalated glorification of the September 11 attacks indicates how despite the break-up of the al-Qaeda and Isis terror groups, Jihadists still likely consider the incident as one of their greatest accomplishments.