You are here: Home / MidEastGulf / ISIL threatens to punish Turkey after air strikes in Syria 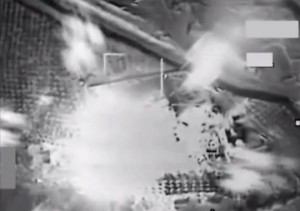 After Turkey launched air strikes over the weekend against the terrorist Islamic State in Iraq and the Levant (ISIL) in Syria as part of the US-led campaign, ISIL has threatened to punish Turkey “for the crimes that the country has committed.”

Web portal hilafettakip.com, which is thought to be affiliated with ISIL, threatened on Monday that Turkey will pay for the “crimes” it has committed by attacking ISIL militants in Syria.

Turkish military aircraft launched their first air strikes against ISIL on late Friday as part of the US-led coalition. A second military operation against ISIL by Turkish F-16 jets came on Saturday.

The web portal called President Recep Tayyip Erdoğan an “infidel” and an “accomplice” who supported the US military intervention in Iraq in 2003. The site also claimed that Erdoğan is facilitating “the crusaders,” allowing the US expanded access to İncirlik Air Base so it can support the regime of Syrian President Bashar al-Assad and the terrorist Kurdistan Workers’ Party (PKK). Kurdish forces that have links with the PKK are fighting ISIL in northern Syria.

Müslim offers Kurdish enclave in Syria as a base for coalition

The leader of the Syrian Kurdish Democratic Union Party (PYD), Salih Müslim, has offered the area under PYD control in northern Syria — known in Kurdish as Rojava — can be used as a base for coalition forces to fight against ISIL, according to a report by Kurdish news portal Rudaw on Monday.

“We would welcome the coalition to operate from Rojava and we would welcome the Free Syrian Army [FSA] to train there too,” Müslim said in an exclusive interview from Brussels with Britain’s Sky News, Rudaw reported. Müslim also said that the sincerity behind Ankara’s recent air strikes against ISIL is “not genuine.”