You are here: Home / Senza categoria / ISIL likely got its hands on passport-making machine 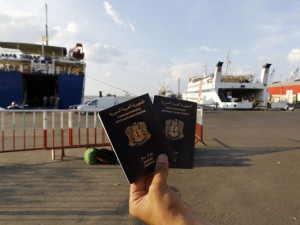 The network cites a 17-page Homeland Security Investigations Intelligence Report that states ISIL probably has at its disposal both a passport-printing machine and blank passport books; there’s some additional fear that ISIS isn’t being blocked from government buildings that house Syrian identification records that could be put to nefarious use, reports CNN. Reuters spoke with a rep for US Immigration and Customs Enforcement who confirmed the report’s existence.

This alleged ability is apparently not a new one, per the report, as ISIL seized Deir ez-Zour, which is home to a passport office, last summer. “Since more than 17 months [have] passed since Raqqa and Deir ez-Zour fell to ISIL, it is possible that individuals from Syria with passports ‘issued’ in these ISIS controlled cities or who had passport blanks, may have traveled to the U.S.,” per the report.

The information was labeled as coming from a source who was assigned a “moderate confidence” rating, the second-highest level available. That source added that “fake Syrian passports are so prevalent in Syria that Syrians do not even view possessing them as illegal”; they reportedly cost as little as $200. (Stolen passports are turning up, too.)