You are here: Home / MidEastGulf / ISIL kills dozens of opponents in Iraq 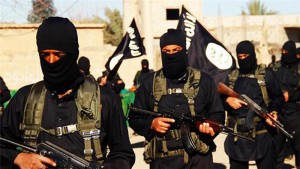 The Islamic State of Iraq and the Levant (ISIL) group has killed at least 35 people in two separate mass killings in Iraq, according to local sources.

The sources told Al Jazeera that the armed group, which controls large swathes of territory in western and northern Iraq, killed 24 of its Sunni critics in Kirkuk province, including seven elders from several different tribes.

The men were said to be vocal opponents of the armed group, but were not allied to the government in Baghdad.

In a separate incident, the armed group posted pictures online on Monday purporting to show the killings of 11 men believed to be Shia fighters from the Popular Mobilisation Forces that formed after a call by Shia leader Ayatollah Ali al-Sistani to fight ISIL.

The set of images, which ISIL said were taken in Salahuddin province, shows 11 apparent prisoners in orange jumpsuits kneeling in front of fighters who then open fire on them. A local source said the images appeared to corroborate reports of killings of Shia prisoners last week.

ISIL has carried out many mass killings since it began a successful offensive against Iraqi forces in June last year, in which it gained control of much of western Iraq including the cities of Mosul, Tikrit, and Fallujah.

The group killed up to 1,700 Shia prisoners in one of its most brutal massacres, at the Camp Speicher military base, outside the city of Tikrit. Iraqi forces, who have since recaptured the area, have found at least 12 mass graves containing the remains of those killed.

In Syria, the group executed up to 900 tribesmen and boys from the Sunni Shaitat tribe, after they unsuccessfully tried to expel ISIL from their areas in the summer of 2014. The bodies of 230 men and boys were found in a mass grave in the Syrian province of Deir Ezzor.