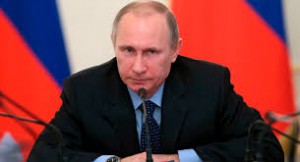 Russian President Vladimir Putin said at the G20 summit in Turkey yesterday that Russia has presented examples of terrorism financing by individual businessmen from 40 countries, including from member states of the G20.

“I provided examples related to our data on the financing of Islamic State of Iraq and the Levant (ISIL) units by natural persons in various countries. The financing comes from 40 countries, as we established, including some G20 members,” Putin told reporters following the summit.

The fight against terrorism was a key topic at the summit, according to the Russian leader.

“I’ve demonstrated the pictures from space to our colleagues, which clearly show the true size of the illegal trade of oil and petroleum products market.  Car convoys stretching for dozens of kilometers, going beyond the horizon when seen from a height of four-five thousand meters,” Putin told reporters after the G20 summit.

Russian President Vladimir Putin said Monday that the United States has shown a certain willingness to resume cooperation with Russia in several areas.  He said Russia needs support from the US, Saudi Arabia and Iran in the fight against terrorism.

Reuters reports that French President Francois Hollande on Monday called on the United States and Russia to join a global coalition to destroy ISIL following the attacks across Paris, and announced a wave of measures to combat terrorism in France.

“France is at war,” Hollande told a joint session of parliament at the Palace of Versailles, promising to increase funds for national security and strengthen anti-terrorism laws in response to the suicide bombings and shootings that killed 129.

“We’re not engaged in a war of civilizations, because these assassins do not represent any.  We are in a war against jihadist terrorism which is threatening the whole world,” he told a packed, somber chamber.

ISIL has claimed responsibility for Friday’s coordinated attacks, saying they were in retaliation for France’s involvement in U.S.-backed air strikes in Iraq and Syria.

Hollande pledged that French fighter jets would intensify their assaults and said he would meet U.S. President Barack Obama and Russian President Vladimir Putin in the coming days to urge them to pool their resources.

“We must combine our forces to achieve a result that is already too late in coming,” the president said.

The U.S.-led coalition has been bombing Islamic State for more than a year. Russia joined the conflict in September.

Turkey officially took over the presidency of the G20 from Australia on 1 December 2014, and China will preside over the summit in 2016.