You are here: Home / Analysis / Is there no link between terrorism and Islam? 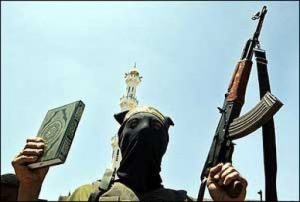 In a statement shortly after the March 28 suicide bomb attack on the Sacred Heart of Jesus Cathedral in Makassar, capital of Indonesia’s South Sulawesi province, President Joko Widodo said “terrorism is a crime against humanity and has nothing to do with any religion”, like reported by ucanews.com.

“All religious teachings oppose terrorism, whatever the reason,” he added.

A statement with a similar tone came from Anwar Abbas, deputy chairman of the Indonesian Ulema Council, who asked that the incident “not be linked to certain religions and ethnicities. Because it will make the atmosphere more complicated and cloudy.”

Such statements that deny the connection between terrorism and religion reflect the stand generally taken by Indonesia’s officials and religious leaders responding to terror attacks targeting houses of worship such as churches.

Although seen as an attempt to appease the public, such statements have sparked criticism, including among Catholics, who regard them as premature and an attempt to let religious institutions wash their hands of any responsibility to find solutions so that such attacks do not occur again.

Ahmad Nurcholish, a Muslim moderate activist and deputy director of interfaith organization Indonesia Conference on Religion on Peace, said denying the connection between religion and terrorism is groundless.

“The fact is that terrorists launch attacks in order to carry out religious orders, namely jihad,” he said.

He said that only by honestly admitting that there is a relationship between such attacks and religion would religious institutions be willing to get involved in finding solutions.

“I choose to admit that the terrorists are Muslims and carry out these acts because they believe that their religion teaches that way,” he told UCA News.

“Then we can ask, is it true that Islam teaches that? Or is there something wrong in their understanding of their religion? That way, we see such a case by tracing its roots.”

Divine Word Father Markus Solo Kewuta, from the Pontifical Council for Interreligious Dialogue’s desk for relations with Muslims in Asia, said that “logically, a conclusion can be made after the analysis of data and facts.”

He said that if it is real and proven that the acts of terrorists are “linked to a particular religion, which can happen to every religion, then it takes a fair, gentle and humble attitude to be able to critically confront the issue.”

“A culture of cover-ups is not good, especially when it comes to the safety of human life and of course the security, harmony and peace of a nation,” he told UCA News.

Police investigations have revealed that the perpetrators of the Makassar attack on Palm Sunday were a couple who had been married for six months and belonged to the Jamaah Ansharut Daulah (JAD) network, a terror group affiliated to the Islamic State.

They died when the bomb exploded as they were about to enter the churchyard and were blocked by a security guard.

National police chief General Listyo Sigit Prabowo said police found a will from the couple in which they said they were ready to be martyred. The couple, he said, joined a group that dispensed a doctrine to be ready for jihad.

Following the attack, police arrested 13 people in Makassar, Jakarta and Bima, West Nusa Tenggara province, some of whom are suspected of being involved in planning the attack.

Terror attacks that involve families exposed to terrorists hark back to a similar attack in 2018 by an Islamic State-affiliated family at the Santa Maria Catholic Church and two Protestant churches in Indonesia’s second-largest city of Surabaya. That attack killed 12 Christians.

On March 31, just three days after the Makassar cathedral bombing, a 25-year-old woman carrying an airsoft gun broke into police headquarters in Jakarta and attempted to shoot officers before being shot dead.

The veiled woman had left a message to her family in which she said she had taken her path because she felt that God loved her. She described the government as thogut — people who disobey God’s regulations.

Vincentian Father Fransiskus Xaverius Eko Armada Riyanto, rector of Widya Sasana School of Philosophy and Theology in Malang, East Java, said it was important for religions to wonder why this kind of attack happened over and over.

Objectively and institutionally, religion with its doctrine is good, but in the subjective existential context, religion as its adherents live it should always be accompanied by reflection and critical evaluation efforts, he said.

“Our religious way of life can be criticized, evaluated for something that is getting better, more beautiful and charming,” he wrote on Facebook.

“We scholars, philosophers and theologians, and government agencies, should not be silent. We don’t need to be afraid of being wrong to redefine it. Critical discourse is always useful, especially in terms of religion.”

He said that avoiding self-reflection by hastily saying that terrorist acts were not related to religion gave the impression that “religious people become individuals who cannot be criticized.”

Nurcholish said religious leaders should feel responsible to jointly take concrete steps to fight terrorism. For example, he said, because the terrorists are exposed to ideology from content on the internet, religious leaders and institutions must also “play” there.

“Let’s stuff the virtual space with counter-narratives through positive narratives and moderate religious teachings so that our netizens find a lot of positive, enlightening and reconciling literacy,” he said.

What is also important, he said, is to continuously improve educational institutions so that they prioritize religious education that is inclusive and multicultural.

Meanwhile, Father Kewuta said religions must answer the question of “why is there the instrumentalization of religion, why is there misunderstanding and misinterpretation and what must be done to avoid such incidents and problems.”

He said that if it was limited to denying the link between terrorism and religion, in the future “we will continue to deal with the same problem.”