You are here: Home / Mediterranean / IS stops phone communications between west, east and south Libya 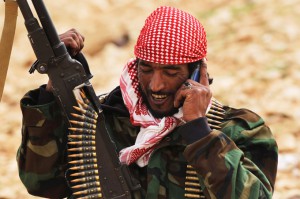 Internet, landline and Libyana mobile telephone communications have been cut between east, west and south Libya according to the Libyan Post, Telecommunications and Information Technology Holding Company because of damage to a cable at Sirte. Company sources allege that it was done deliberately yesterday by Islamic State (IS) forces in the town.

In a statement, the LPTIC said that as a result, services of Libyana, Almadar, Libya Telecom & Technology, and Libya Phone between east and west were not working. It added that other public and private  telecommunications services, including those of banks, were also likely to have affected.

The internet is still is working in Tripoli, as are phone calls within the three regions.  The internet was reported down in Torbuk and Benghazi.

LPTIC sources said that the situation was too dangerous for technicians to try and repair the break in the main dividers connecting the east and west Libya.  However, in its statement the company said that its crisis management team was trying to repair the damage.