You are here: Home / West Asia / Is Russia making moves on Afghanistan? 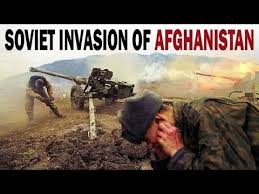 Some believe Moscow’s seizing on the Islamic State’s rise in Afghanistan as an opportunity to expand Russian influence.

A flurry of visits to Moscow by Afghan officials added to speculation, and kindled concerns among Afghans with grim memories of Soviet occupation in the 1980s, although no one predicts troops on the ground.