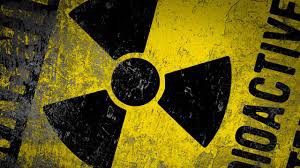 A veteran German journalist, who spent ten days with the Islamic State of Iraq and Syria (ISIS), has claimed that the terrorist group is planning a nuclear warfare strategy as its end game, with plans for the “largest religious cleansing in history”

According to News.com.au, Jürgen Todenhöfer talked about his stay with the terrorist group in his book called ‘Inside IS — Ten Days In The Islamic State’.

Todenhöfer was taken care of by the infamous Jihadi John, who gained popularity after he appeared on ISIS beheading videos.

Todenhöfer has warned that the west is “drastically underestimating the power of ISIS”, who he called a “nuclear tsunami preparing the largest religious cleansing in history” with plans to kill “several hundred million people”.

Todenhöfer has written in his book that the ISIS controlled an area greater than the United Kingdom.