You are here: Home / Europe / Is ISIS planning ‘European 9/11’? Terrorists working on worse attacks than in 2015

Counterterrorism officials said Saturday that the Islamic State Group is recruiting people to conduct coordinated attacks in Europe. In this photo, the World Trade Center Tribute in Lights is seen from Liberty State Park on Sept. 10, 2014 in Jersey City New Jersey. 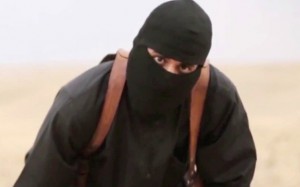 Counter-terrorism officials warned that the Islamic State group, also known as ISIS, may be planning a “European 9/11” and has been recruiting people for it, Agence France-Presse (AFP) reported. The latest warning comes after the world witnessed several terror attacks in 2015 involving ISIS, including the one in Paris in November that killed 130 people.

“Unfortunately, I think 2015 was nothing,” a counter-terrorism official told AFP, adding: “We are moving towards a European 9/11: simultaneous attacks on the same day in several countries, several places. A very coordinated thing. We know the terrorists are working on this.”

The official also reportedly said that the people from Europe, hired by ISIS, were being trained to go back and conduct terror attacks in their home countries.

“They have the necessary false documents, the mastery of the language, the sites, the weapons. We stop a lot of them, but it must be recognized that we are overwhelmed. Some will get through — some already have,” the official told AFP, adding: “The profiles are changing. We are seeing ultra-radical guys return, very battle-hardened, who should have stayed over there.”

“Before we mostly had guys returning who had made a mistake, who didn’t realize that war can be painful. But now, we are seeing guys return who are sticking to their chosen path,” the official also said.

Colonel Hubert Bonneau, head of France’s elite force National Gendarmerie Intervention Group, said the authorities are currently trying to reduce the amount of time taken to react to such attacks. Referring to the attack at the Bataclan theatre in Paris in November, Bonneau said that the total attack time was 20 minutes while the police officials took over two hours to storm into the theatre as they were reportedly trying to get the layout of the building and the position on the attackers inside the hall. He also said that the situations, where hostages are taken, have changed over the years.

“Hostages are just a buffer to slow the progress of security forces. If we don’t intervene as quickly as possible there will be more victims. That’s the lesson to draw from the attacks of November 13, that will change our mode of intervention,” Bonneau said, according to AFP, adding: “We need to have surgical action, as forceful as possible and as quickly as possible.”

A counterterrorism official also told AFP that while the government forces learn from past mistakes, ISIS is also training to be better. The official added that one of the key lessons for the attackers has been to stay away from their phones, which have often helped the officials to track them down. The official also said that terrorists no longer believe that explosives should be completely dependent upon as they leave several traces.

The Paris attacks had triggered a widespread debate about the security procedures followed to allow people into Europe, which is currently facing a refugee crisis. The Paris incident had also seen the escape of Salah Abdeslam, whose brother Ibrahim blew himself up during the attacks. An international manhunt is currently ongoing to find Abdeslam, who is believed to have arranged for a vehicle used by the attackers.

On Friday, a Belgian prosecutor said that officials found a fingerprint belonging to Abdeslam at an apartment that was raided on Dec. 10. Officials believe that the place was used as a bomb factory for the Paris attacks.

About 4,000 Europeans are believed to have travelled to fight alongside ISIS in Syria and Iraq while over 1,000 people are suspected to have returned to Western countries like Britain, France and Germany. Some of them have been under surveillance by authorities while others have been able to evade the police radar.