You are here: Home / Mediterranean / IS commander killed in Benghazi fighting 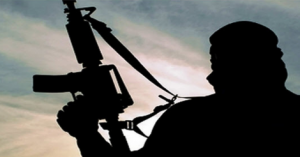 The self-declared Islamic State of Barqa (Cyrenaica), or Daesh, paid public condolences to the death of one of their leading commanders, Imad Zway, who was killed during fighting with Libyan National Army forces led by Hafter in Benghazi.

IS said that Zway had died during fighting in the Buatney district of Benghazi.