You are here: Home / Mediterranean / IS commander Abu Hamza dies in Sirte (by NATO Special Forces?) 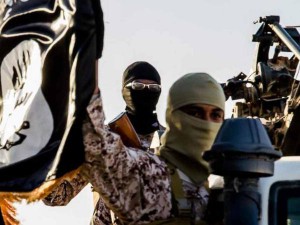 Libyan informed sources confirmed the death of the Islamic State (IS) commander, known as Abu Hamza; three others were injured, including two Algerian nationals and one Tunisian, following the armed attack on car convoy in the city of Sirte.

Local sources inside Sirte said that “the gunmen opened fire on the IS vehicle convoy, on the road linking Sirte and Bin Jawad.”

The IS commander Abu Hamza, 44 years, previously led the IS operations in Bin Jawad and Ras Lanouf. Witnesses said that the IS elements were escorting the envoy randomly shot towards the farms.

The IS ordered some elements to search the area and set up checkpoints to arrest the perpetrators.

A military source asked to remain anonymous, told Aram News that “forces ambushed the IS convoy affiliated to the Libyan special forces, who are preparing to liberate Sirte.”

In a related news story, the IS elements detained nine persons from the third district inside Sirte.

An informed source said that the IS confiscated all internet devices from private shops, but not the houses, according to Libyan News Agency.

“The group is using cars provided with internet devices detector, to search all places,” sources added.

The IS commanders, including Waleed Al-Ferjany, met with Sirte notables to examine reasons for residential displacement from the city.