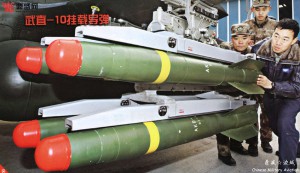 In the ongoing Battle for Ramadi, an Iraqi Security Force CH-4 drone attacked an Islamic State in Iraq and Syria (ISIS) artillery position on December 6, 2015. This is the first documented use of a Chinese made armed drone in Iraq.

The CH-4, built by Chinese Aerospace and Technology Corporation (CASC), is a medium altitude, long endurance (MALE) UAV with a paylord of 350kg. Previously, the Iraqi Ministry of Defense released an October 2015 video showcasing its CH-4 drones, in a propaganda move apparently aimed at rebuilding Iraqi morale in the leadup to the Ramadi operations. 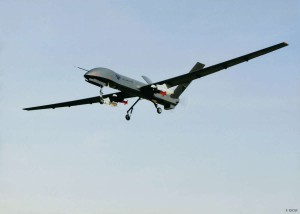 Judging by the video taken from the CH-4’s camera, the precision guided munition fired at ISIS forces is likely to be an anti-tank missile, such as a HJ-10 derivative. While the Iraqi Air Force’s manned strike aviation assets are scarce enough that ISF units often depend on American and Iranian support, the long loiter time and precision weaponry of armed drones give small Iraqi units a flexible and rapid response fire support to exploit sudden battlefield conditions. 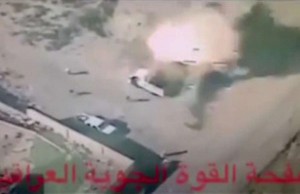 Previously, armed Chinese made drones have been flown by the Nigerian armed forces against Boko Haram terrorists, while Chinese UCAV technology may have also been employed in Pakistan and Yemen. With China becoming the world’s third largest arms exporter last year, videos like the Ramadi strike show how Chinese weapons aren’t just trade tools to earn cash and spread influence, but also are beginning to shape today’s ongoing conflicts.