You are here: Home / MidEastGulf / Iraqi warplanes kill 30 suicide elements before carrying out attack on Baghdad 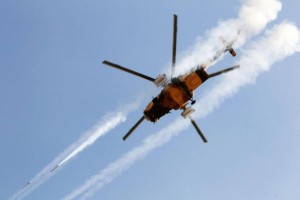 On Monday, Iraqi Ministry of Interior announced, that 30 suicide elements have been killed in an aerial bombing in the city of Fallujah, noting that these suicide bombers were planning to carry out an attack on the capital Baghdad.

The Interior Ministry spokesman, Maj. Gen Saad Moen, stated for IraqiNews.com, “A force belonging to the Iraqi Army Aviation managed to kill 30 suicide elements from ISIS during an aerial bombing, which targeted their sites, in the city of Fallujah, located 60 km west of Ramadi” noting that, “These elements were planning to carry out an attack on the capital Baghdad.”

“The Iraqi warplanes had also shelled ISIS shelters in the district of al-Karma,” Moen added.