You are here: Home / MidEastGulf / Iraqi Parliament considers presence of turkish forces in Bashiqa an ‘invasion’ 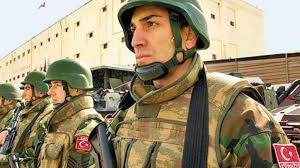 One day after the Turkish parliament voted to extend the army’s military mandates in Bashiqa camp in Iraq, the Iraqi parliament rejected the extension in a majority vote and called for a review of relations with Turkey.

The lawmakers also asked the government of Iraq to file a complaint against Turkey and demanded the Turkish ambassador be summoned to receive a letter critical of Turkey’s presence in Iraq.

Iraqi Foreign Ministry spokesperson Ahmed Jamal said that the ministry decided to summon Turkish Ambassador Faruk Kaymakci, but according to Asharq Al-Awsat’s sources, the diplomat is abroad on vacation.

Defense and Security Committee of the Iraqi Parliament confirmed that Iraq doesn’t want to escalate the situation with Turkey.

MP Iqbal Abdl Hussein told Asharq al-Awsat newspaper that the Turkish behavior is rejected. She added that Iraq is fighting ISIS and this requires Turkey’s support and not using internal problems to impose a situation.

The MP explained that Baghdad’s summon of the Turkish Ambassador is conventional diplomatic behavior. She stressed that Iraq doesn’t want to cause any strife with neighboring countries, but the presence of Turkish troops on Iraqi soil is an invasion and rejected by all Iraqis expect for a few political blocs linked to Ankara.

Abdl Hussein, who is also member of the parliamentary committee for foreign affairs, said the Security Council and Arab League are required to stand with Iraq against this breach of sovereignty.

Turkish Deputy Prime Minister Numan Kurtulmuş said on Wednesday that Turkey is ready to cooperate with Iraq’s central government in Bashiqa camp if it focuses on keeping the country’s territorial integrity and defeating terror groups including ISIS.

“No one has the right to object Turkey’s presence in Bashiqa when the country is fragmented that much,” Kurtulmuş said, adding that Turkish troops are not an invading force and their presence were both known by the central government and the Kurdistan Regional Government (KRG) in Iraq’s north.

Turkey’s Ministry of Foreign Affairs spokesperson condemned the Iraqi parliament’s decision to remove the troops from Bashiqa camp, while the Iraqi envoy to Ankara was summoned to the ministry.

During an interview, President Erdogan claimed on Sunday that once Mosul, Iraq’s second largest city, was liberated from ISIS, it should be for Sunnis only.

“After Mosul will be rescued from ISIS only Sunni Arabs, Turkmen and Sunni Kurds should remain there,” he said.

The Turkish foreign Ministry urged Iraqi officials to hold onto the aid that Turkey is providing Iraqis in its war on terrorism. The ministry also stated that many Turkish citizens died due to terrorist threats from Iraq, while Iraqi territories were never under any imminent threat from the Turkish side.