You are here: Home / MidEastGulf / Iraqi official: ‘We have to rid Fallujah of ISIS’ 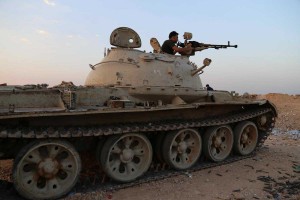 Speaking in a memorial for those killed in the fighting, Al-Muhandis said: “Fighters from the Popular Mobilisation Committee have retaken Diali, north Kirkuk, and parts of Tikrit within less than a year.”

“We have to go to Fallujah and get rid of all ISIS members there,” he added. “We will end ISIS by the efforts of the Mujahideen, as well as the Iraqis in order to live in a peaceful and secure Iraq, brothers in one country.”