You are here: Home / Europe / Iraqi man linked to ISIS arrested in Italy 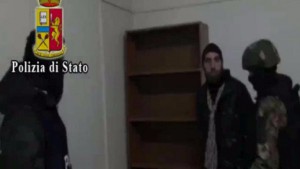 Police in southern Italy have arrested an Iraqi man who allegedly recruited fighters to send to Iraq and has ties to a group backing the so-called Islamic State.

Police say that Majid Muhamad, 45, arrested in Bari on Monday, is under investigation for aiding and abetting clandestine immigration by procuring false documents.

Investigators allege Muhamad belongs to Ansar Al-Islam, a group considered close to al-Qaida and then with Islamic State.

According to police, Muhamad served 10 years in an Italian prison after being convicted of association for the purpose of terrorism. After his prison release, he successfully appealed an expulsion order.

A search of a Bari home earlier this year found documents investigators say link Muhamad to a Molenbeek, Brussels, imam arrested by Italian police in 2009 for suspected terrorism.