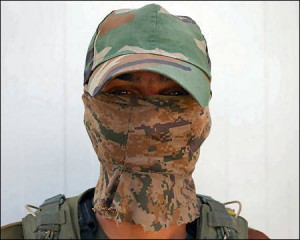 The ministry said the decision was made following a US assurance to arm Kurdish forces.

“The commanders and high ranking officials of the US have vowed to supply the units with armament and ammunition and other needed material,” the written statement said Tuesday.

Jabar Yawar, an official at the ministry, told Rudaw the recruits will initially be between the ages of 18 to 30.

Yawar said the volunteers are to participate in intensive military exercises before deployment to the war zones.

Both Germany and Italy have set up military training camps in the Kurdistan Region in which Peshmerga fighters are trained in different fields, including the use of sophisticated weapons.

Earlier this year, a presidential decree banned all forms of militia groups in the Kurdistan Region operating independently of the Ministry of Peshmerga.

Last week, a Top Yazidi commander was detained in Shingal by Kurdish KDP security forces on charges of “unlawful military activity,” as he reportedly set up an army unit without the knowledge of the Peshmerga Ministry.

Kurdish authorities fear outsider militant groups might take advantage of the IS war.

The Iraqi Kurdistan Region has around 100,000 armed Peshmerga forces. The ministry announced in January that more than 1,000 Peshmerga soldiers had been killed in fighting since the IS offensive began last summer.