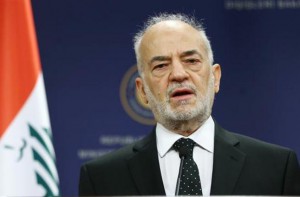 The meeting will be attended by foreign ministers of Arab countries.
Last week, the Iraqi government demanded the “complete withdrawal” of Turkish troops from its territory after Turkey deployed soldiers and tanks to a military camp near the city of Mosul.
Baghdad labelled the deployment an illegal “incursion” but Turkey said it was to protect Turkish trainers working with Iraqi forces battling the ISIS militant group.
US President Barack Obama urged President Recep Tayyip Erdogan to take steps “to de-escalate tensions with Iraq, including by continuing to withdraw Turkish military forces.”
Turkey responded on Saturday by saying it would “continue” to pull its troops out of northern Iraq after “taking into account the sensitivities on the Iraqi side.”
albawaba.com