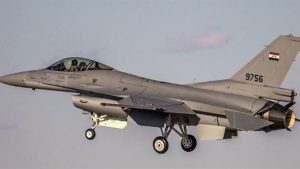 The Cell said in a statement that the Air Force’s aviation, using F-16 and Sukhoi 25 aircraft, struck the terrorist hideouts intensively in Wadi Al-Shay in Kirkuk.

Then, a force of the infantry division launched a search operation in the targeted place and found five dens containing medical and food equipment.