You are here: Home / MidEastGulf / Iraqi forces retake yet another town from Daesh in Anbar province 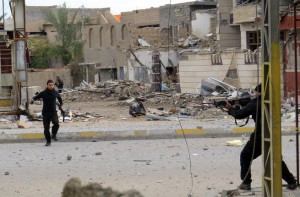 This comes just days after Iraqi forces defeated the militant group in Ramadi.

“Seven pro-government tribal fighters and Iraqi troops were killed and 37 others were injured during the battle,” al-Nimrawi added.