You are here: Home / MidEastGulf / Iraqi forces reportedly close in on ISIS-seized Ramadi 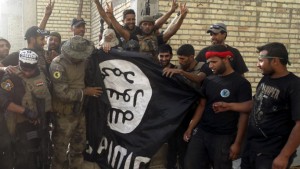 American-trained Iraqi security forces surrounded the ISIS-controlled city of Ramadi Wednesday in what is seen as a major test for the Middle Eastern country’s military.

USA Today reported that militants in the Sunni city are outnumbered by the Iraqi forces, but still pose a challenge. ISIS has a good fighting position, can utilize bunkers and can hide in the city that once had a population of 400,000.

The task is not an easy one — hampered, in part, by 120-degree weather — and has been ongoing for about 10 weeks. Islamic militants have dug their heels into the center of the city and have rigged streets with bombs. A Marine fighter pilot told The New York Times that ISIS took out bridges around the city, which would not cause a problem for American troops, but becomes a major hurdle for the Iraqis.

The Iraqi forces are working to close escape routes prior to the final operation, an official told the paper. They have benefited from coalition airstrikes, but are sometimes slow to respond, losing precious minutes due to a lag in communications.

Iraqi security forces managed  to at least retake part of the University of Anbar, which was seen as an important strategic victory.

“Eventually, I think we’ll be successful, but we’re only able to go as fast as the Iraqi security forces go,” Vice Adm. John W. Miller, a commander of the Navy’s Fifth Fleet in Bahrain, told The Times.