The leader of Daesh “Chechen brigade” has been eliminated near the city of Mosul, the Iraqi Ministry of Defense announced 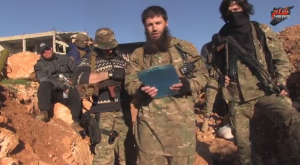 The ministry made a statement in Twitter on Wednesday.

The operation began with 4,000 Kurdish Peshmerga fighters and 30,000 Iraqi soldiers backed by the US-led coalition against Daesh. The terror group is outlawed in Russia and numerous other countries.