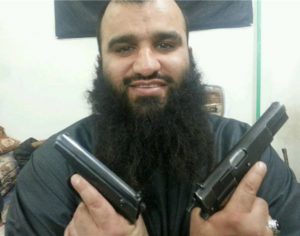 Iraqi security forces killed a number of ISIS’ top commanders including Abu Baker al-Baghdadi’s aide, whereas six citizens were injured during an ISIS attack on the Algerian neighborhood, in east Mosul’s center, like reported by aawsat.com.

He told Asharq Al-Awsat newspaper that the troops bombed ISIS site in al-Zanjili neighborhood. Whereas in the Old City, near al-Awsad Mosque, they killed ISIS’ commander Abul Walid al-Tunisi and four of his bodyguards, while another commander, Russian Abo Maria, was killed during the attack on Ras al-Jadah.

Civilians continue to escape areas of heavy clashes towards the demarcation with security forces while carrying white flags. Despite the constant attempts, security forces are not able to establish safe corridors for the civilians especially in the Old City, given that ISIS snipers are preventing the civilians from reaching safety. The snipers even bomb the citizens with mortars killing and injuring dozens of them.

Civilians’ presence in areas under ISIS control, especially the Old City, hinders the progress of the Iraqi troops given that these areas are highly populated. In addition, Iraqi troops are unable to use warplanes or heavy armors against militants who take advantage of the narrow alleyways where armored vehicles and tanks can’t enter.

In west Mosul, the infrastructure of the city has been destroyed because of the war which is much worse than in the east of the city. ISIS militants tend to bomb areas they are escaping leaving behind their belongings and dead bodies which begin to stench especially now that the temperatures are rising.

As the Iraqi troops headed towards liberating the remaining of the neighborhoods in the west of the city, ISIS bombed the liberated east side.

Media officer of the Mosul branch of Kurdish Democratic Party Saeed Mamuzini told Asharq Al-Awsat newspaper that two citizens were killed and four others injured on Wednesday during the mortar shelling on the Algerian neighborhood.

He added that the terrorist organization launched the attack from neighborhoods under his control in the west side.