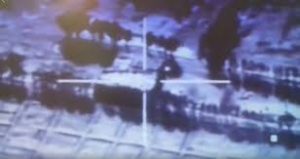 The Iraqi army jets have shelled Islamic State locations, west of Anbar, a security source from the mobilization forces in the province said and like reported by iraqinews.com.

In remarks to Almaalomah website, the source said “the army jets heavily bombarded location where Islamic State members hide in the desert of Hit city, west of Ramadi.”

Information from the intelligence department “enabled the army jets to target these locations, which the militants use to sneak from the desert regions,” the source added. “The militants lost many of these roads due to the tight control on desert areas.”

In December, the former Iraqi Prime Minister Haidar al-Abadi announced gaining control on all the territories that were captured by Islamic State, since 2014. However, Islamic State continues to launch sporadic attacks across Iraq against troops. Security reports indicate that the militant group still poses threat against stability in the country. The group still has dormant cells, through which it carries out attacks, across Iraq like it used to do before 2014.