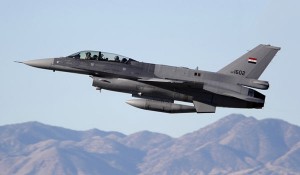 The Iraqi airstrikes killed terrorist’s minister and six of his bodyguards near the Badush in Nineveh, sources said.

The Iraqi forces retook the ISIL bases in the areas of East Haseebah, al-Sajariyyah, Theela and Al Sufiyyah, East of the city of Ramadi, and killed dozens of the militants and destroyed scores of their armed vehicles, informed sources said.