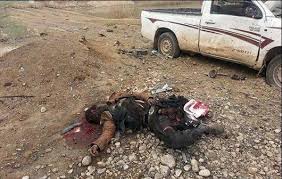 Islamic State has lost tens of thousands of its foreign and local leaders since the Iraqi government, backed by a United States-led coalition and paramilitary troops, launched in 2016 a wide-scale campaign to retake areas the group had held since 2014. So far, the campaign has managed to recapture Mosul, Islamic State’s former capital in Iraq, early July and Tal Afar, a town west of Mosul, by the end of August.

Salahuddin province is among the next targets of Iraq’s anti-Islamic State military plans. The Iraqi Joint Operations Command had said its next target would be the town of Hawija, Islamic State’s enclave in southwestern Kirkuk. Preparations are also reported to retake the extremist group’s havens in western Anbar.

IS has waged occasional attacks on civilians and security inside Salahuddin and on the borders with Diyala province over the past months.