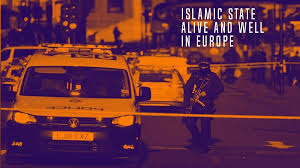 The Iraqi Minister of foreign affairs, Fouad Hussein, warned of ISIS’s resurgence and expansion to the rest of the region and the European Union, in a phone call with the Spanish minister of Foreign affairs, Arancha González, like reported by shafaaq.com.

In a statement received by Shafaq News agency, the ministry said that Minister Hussein emphasized the importance of the international cooperation to confront ISIS terrorist gangs; since it became a global threat, indicating that the return of the organization poses a real threat that may extend to the rest of the region and the European Union.

According to the statement, the Minister thanked the Spanish government for providing support to Iraq in the battle against ISIS, as well as the logistic assistance Spain provided to the Iraqi security forces.

Hussein also asked the Spanish side to provide Iraq with economic support, especially after the recent collapse of oil prices.