You are here: Home / MidEastGulf / Iraq: US deploying air defense system to protect its troops 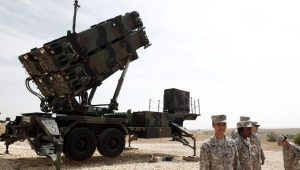 The United States is in the process of deploying air defense systems to Iraq to ensure the safety of its troops and diplomatic mission team, according to US Marine General Kenneth McKenzie and like reported by basnews.com.

“We are also in the process of bringing air defense systems, ballistic missile defense systems, into Iraq in particular, to protect ourselves against another potential Iranian attack,” the head of US Central Command said.

He pointed out that Iran remains the main concern for the US forces in the Middle East. The country carried out multiple missile strikes against US military bases in Iraq on 8th January this year after the US killed Quds Forces Commander Qasem Soleimani.

“Our presence sends a clear signal about our capabilities and our will to defend partners and US national interests,” McKenzie said. “Going forward, it is CENTCOM’s objective to posture forces in the region with the operational depth to achieve a consistent state of deterrence against Iran and be adaptable to future Iranian threats.”