You are here: Home / MidEastGulf / Iraq to the people of Mosul: Get ready for the close liberation 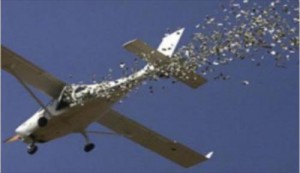 The Iraqi Ministry of Defense has informed the people of Mosul, about the close liberation of their city from the control of ISIS terrorist organization.

Local residents told Shafaq News, that the Iraqi air force planes dropped leaflets hours ago on the city confirms ending its military preparations for the forces and the security forces as well as mobilization forces for the liberalization of Mosul city from the control of ISIS gangs, claiming at the same time the people to cooperate with the liberated forces and move away as possible from presence places of militants and their gatherings as these places will be vulnerable to be targeted at any time.

The population added that a state of terror seized the elements of the organization on the back ground of dropping those publications and prevented some of the locals to pick them up and read their content, but they failed to prevent their access to all people for the fact that the amount of leaflets dropped by aircraft are very large.