You are here: Home / MidEastGulf / Iraq sends troops to Ramadi after ISIS onslaught 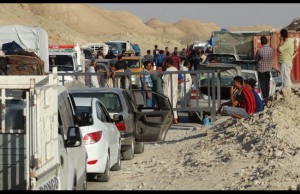 An Iraqi military spokesman says reinforcements have been dispatched to Ramadi, a city now largely held by ISIS.

Ibrahim didn’t give details on the ongoing battles, but vowed that ISIS would be pushed out of the city “in the coming hours.”

On Friday, the militants swept through Ramadi, the capital of Anbar province, seizing the main government headquarters and other key parts of the city. The gains marked a significant setback for the Iraqi government in its long fight to dislodge militants, who hold about a third of the country.