You are here: Home / MidEastGulf / Iraq: Security Forces storm into Mosul University and liberate it completely 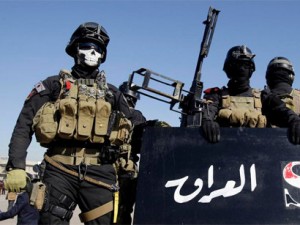 Iraqi Counter-Terrorism Forces liberated the University of Mosul and raised Iraqi flag over its buildings, like reported by iraqinews.com on Saturday.

The source said, “Forces from the Counter-Terrorism Service managed, today, to fully liberate the University of Mosul in eastern Mosul, as well as raising Iraqi flag over its buildings, after inflicting heavy losses on the enemy.”

Yesterday, We Are Coming, Nineveh Operations Command announced storming into the University of Mosul, and recapturing some of its buildings.

Commander of Operations, Lt. Gn. Abdel Amir Yarallah said that elite Counter-Terrorism Forces liberated the Technical Institute, Technical University and the internal departments of the University of Mosul, and raised Iraqi flag over the buildings.

Iraqi joint security forces, backed by Army Aviation and US-led international coalition, continue the battle to liberate Mosul, which was launched after the announcement of General Commander of Armed Forces Haider al-Abadi in October 17, 2016, to retake the city from the Islamic State’s grip.