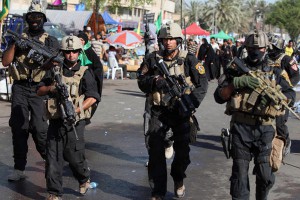 tried to launch an attack on Samarra city.

The source told Shafaq News, that “the security forces have carried out missile and artillery strikes based on information from the intelligence agency and the Federal Investigation of ISIS gatherings western Mekeshifa area and Layen area.”

The source added that “those strikes resulted in the destruction of ISIS gathering places where suicide bombers exist in it of the so-called fighters (Abu Omar) Chechen , the security official of Jazerra Samarra who took his post two days ago, as they were planning to attack Samarra city and wait for the car bombs for its implementation, as 14 suicide bombers were killed in the first location and 11 bombers in the second location, as well as the destruction of ammunition, killing three terrorists and injuring seven others.