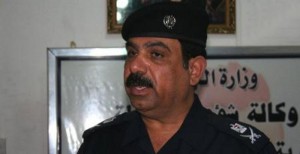 Anbar police chief Hady Razikh announced the arrest of 30 ISIS elements, including senior leaders, during raids in the city of Ramadi.

Razikh said in a statement obtained by IraqiNews.com, “The security forces had detained 30 ISIS elements, including military leaders, during their attempt to flee from Ramadi and escape with the families that came to the security forces at the government complex in Ramadi.”

Razikh added, “The operation was based on intelligence and reports from the families that left Ramadi,” noting that, “The detainees were taken to the headquarters of the Anti-Terrorism Directorate.”