You are here: Home / MidEastGulf / Iraq: PMU kills a leader in ISIS ” Libyan Abu Hamza ” and five of his assistants 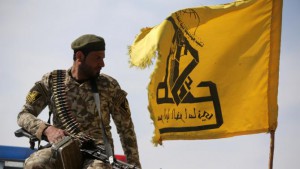 A security source said on Monday that the Popular Mobilization Units’ fighters killed a senior leader in ISIS terrorist organization with a number of his assistants in an ambush in Baiji, northern Salahuddin province.

The source told Shafaq News, that fighters from PMU put an ambush in one of the points near Baiji city center, which killed the leader, “Abu Hamza the Libyan” and five of his assistants.