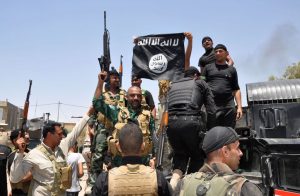 Iraq has launched an offensive to retake the town of Hawija, one of two remaining bastions of ISIS in the country, Prime Minister Haider al-Abadi announced, like reported by aawsat.com.

“At the dawn of a new day, we announce the launch of the first stage of the liberation of Hawija, in accordance with our commitment to our people to liberate all Iraqi territory and eradicate ISIS’ terrorist groups,” he said in a statement.

“Greetings to all of our forces, who are waging several battles of liberation at the same time and who are winning victory after victory and this will be another, with the help of God,” he said.

Iraqi forces have now forced ISIS out of all its Iraqi territories except Hawija, 300 kilometers north of Baghdad, and several pockets of territory near the border with Syria. The town was one of the first areas to fall under the control of the terrorist group, which overran about a third of Iraq in 2014.

Artillery fire was heard Thursday morning, with the army heading towards Sharqat, southwest of Hawija, an AFP reporter said.

Iraqi and coalition planes have stepped up a campaign of airstrikes on Hawija earlier this month, targeting ISIS bases and weapons facilities.

Iraqi forces declared victory over the extremists in Mosul in July and in the western town of Tal Afar the following month.

The United Nations last week said up to 85,000 people could be displaced from the Hawija region.