You are here: Home / MidEastGulf / Iraq: Kirkuk police dismantle an Islamic State network in the governorate 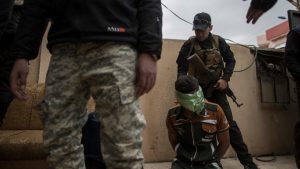 Kirkuk Police Directorate dismantles on Thursday a terrorist network of ISIS terrorists in the governorate, like reported by shafaq.com.

The police directorate of the governorate said in a statement released earlier today that the security forces arrested five members of ISIS terrorist gangs in the so-called state of Tigris.

The statement added that one of the members was the group’s supplier of military equipment, food and electronic devices, while another provided ISIS with information on the movement of security forces.