You are here: Home / MidEastGulf / Iraq: Islamic State members are killed in a coalition-backed operation 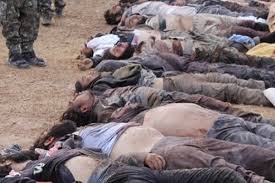 The spokesman for the Commander-in-Chief of the Armed Forces announced, on Tuesday, a military operation in Makhmur which separates the governorates of Erbil and Nineveh, like reported by shafaaq.com.

Major General Yahya Rasool said in a statement, “At the direction of the Prime Minister and Commander-in-Chief of the Armed Forces, Mustafa Al-Kadhimi, the Counter-Terrorism Service, with the support of the Iraqi Army and the International Coalition Aviation implement a military operation in Makhmur .”

“This operation resulted in killing 10 members of ISIS and destroying 9 hideouts and a warehouse for food and medicine,” he added.