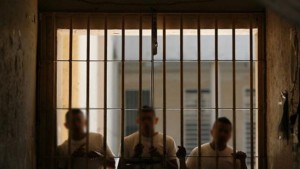 Islamic State has jailed three of its leaders for attempting to dissent with the group, local sources said to iraqinews.com as the group braces for further battles with government forces.

“Forces from Daesh (Islamic State) carried out raids today at Bab al-Toub and al-Dawasah, and arrested three of its leaders,” the source told Alsumaria News. They are all Nineveh locals, including an assistant to the group’s official on mosques.

“Initial information available regarding the reasons for the arrests denote that the detainees were accused of attempting to break with the group,” said the source.

Since the Iraqi government launched an offensive in mid October to retake Mosul from Islamic State, the extremist group has sustained severe losses in personnel and ground. It has also bee stricken with divisions and infighting, with reports of attempted dissent and executions of delinquent fighters growing.

Recent reports have said that the idea of dishonoring the pledge of allegiance to the group’s supreme leader, Abu Bakr al-Baghdadi, have become on the table as Baghdadi’s whereabouts or survival proved to be questionable.

Iraqi Prime Minister Haider al-Abadi said in a recent interview with France 24 that his government was aware of Baghdadi’s location, and that he had lost many of vital leaderships around him.

Iraqi troops recaptured eastern Mosul on January 24th after three months of battles, and are awaiting government orders to invade the IS-held west.