You are here: Home / MidEastGulf / Iraq: Islamic State commits a massacre in a disputed village of Kakai Kurds 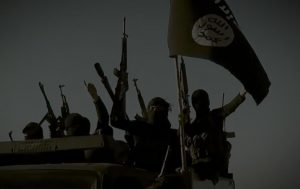 An Iraqi police source and eyewitnesses said that ISIS has launched an attack on a Kakai Kurds village in Khanaqin district in Diyala Governorate, like reported by shafaaq.com.

The militants of the extremist organization launched an attack late Wednesday night on “Bahar Taza” village within the disputed borders of the district, killing a man and his son from the Kakai Kurd and wounding 10 others, including members of the security forces.

Kurdish political officials and military leaders say that the disputed areas between Erbil and Baghdad are witnessing a notable security vacuum since the withdrawal of Peshmerga and Asaish forces from them after the events of October 16, 2017 and the concentration of Iraqi forces in them.