You are here: Home / MidEastGulf / Iraq: ISIS attacks US base in Makhmur for the second time in 3 days 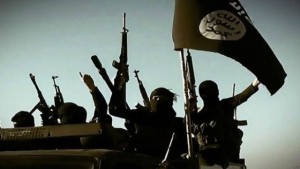 The international coalition forces announced on Tuesday, that two members of the so-called ISIS were killed in an armed clash with the guards of the US forces base in Makhmur south of Mosul (405 km north of Baghdad), while pointed out that this is the second attack that was carried out by ISIS on the headquarters in the last three days.

The international coalition spokesman in Iraq Steve Warren said in a press statement followed by IraqiNews.com, “Ten members of ISIS attacked the external security point of the American base in Makhmur using light weapons, without causing any casualties.”

Warren added, “The base guards repulsed the attack and killed at least two members of ISIS,” pointing out that, “Washington believes that ISIS targeted the base deliberately.”