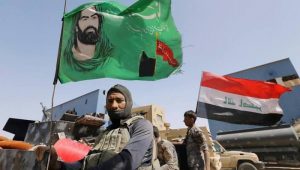 The Iranian-backed militias of Hashd al-Shaabi have invaded at least 800 governmental institutions in the Iraqi provinces which were liberated from the Islamic State (IS), and they refuse to leave, like reported by basnews.com.

A senior official told Al Jadeed, an Iraqi newspaper  “Hezbollah and a number of other militia groups within Iraq have occupied hundreds of public establishments in the liberated cities and they keep denying to leave those governmental units”.

He additionally revealed that the Iraqi government issued a decree to force the militia groups to leave and hand the control of the cities back to the federal security forces.

The Iraqi official stated that the international community has already urged the Iraqi prime minister, Haider al-Abadi to expel the militia groups of Hashd al-Shaabi from those cities if he intends to continue his administration in the next 4 years, thus the PM made the decision.