You are here: Home / MidEastGulf / Iraq has plans to attack Daesh in Syria 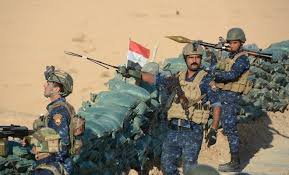 Iraqi Prime Minister Haider Al-Abadi has revealed that he ordered the army to put together plans to fight Daesh in neighbouring Syria. Speaking during his weekly press conference, he stressed that eliminating terrorism from Iraq will take years, like reported by middleeastmonitor.com.

The situation in Syria remains a challenge, added Al-Abadi, because of Daesh’s presence in several areas, especially near the Iraqi border. There is a regional conflict over Iraq, he pointed out as he explained that he wants to establish serious relations with all regional countries and keep the conflict away from Iraqi territory.

The Prime Minister’s statements came in the wake of Daesh attacks near the Syrian city of Al-BuKamal near the Iraqi border. Baghdad announced last summer that the air force had targeted Daesh sites in Syria, while its allies in the Popular Mobilisation Forces had infiltrated briefly across the border into Syrian territory.

In a separate statement during his visit to the city of Tikrit in the province of Salahuddin, Abadi warned of attempts by some political parties and media to exaggerate what Daesh does in the country just as the parliamentary elections are approaching. He said that terrorism in Iraq had failed and expressed confidence in the country’s future, saying that it will witness radical changes in all fields in the next phase.